Today, let’s talk about a great invention that has been overlooked in the history of business, and it’s a super-explosive — supermarket shopping carts. Few inventions have so deeply understood the user's spending habits.

We only care about shopping, and we never pay attention to the history of shopping carts. However, the process of invent is full of twists and turns.

So, I looked up the history of shopping carts, and found a business genius.

Yes, the business wizard was Sylvan Goldman, the inventor of the shopping cart. 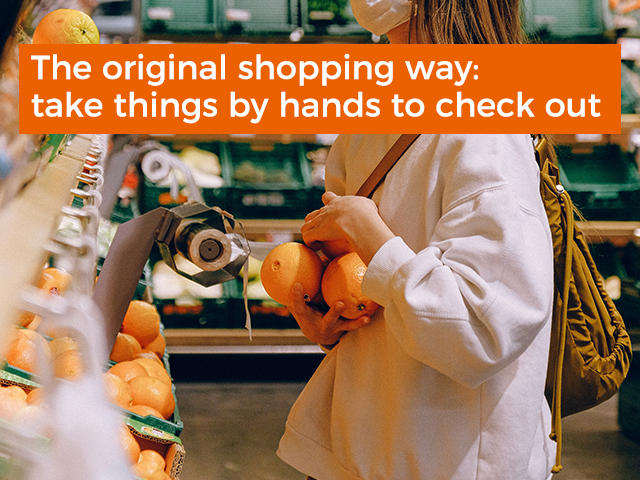 1. The original shopping way: take things by hands to check out

Goldman, born on November 5th,1898, in a small town in Adelmore, USA, was a Jewish immigrant from Latvia who worked in a dried fruit shop.

Goldman was graduated when in primary school. For him, the store was a commercial crash course, help him to learn how to satisfy customers' desires.

During World War I, Goldman went to France, where he worked for two years. In 1919, Goldman returned to the United States, and devoted his savings to open a fruit wholesale shop in a thriving oil city. When the oil dried up, Goldman went to California then.

At the time, in the American grocery store, each good was stood by a clerk in a white apron. If you bought two kilos of sorghum, the clerk would help you to weigh and pack. Customers need waiting to check out with piles of goods in hands. It requires many staff and is very inefficient. It’s not an ideal commercial mode.

Goldman found the flaw, and at a self-service supermarket in California, he found the answer.

As early as 1916, grocery stores experimented with self-service models. They put goods on the shelves, and customers take them by themselves. In 1919, the concept was fully developed in California. Goldman decided to bring the mode back to his home, state of Oklahoma.

In April 1920, Goldman opened a grocery company named Sun, which is the first supermarket in Goldman's state. Within three years, Goldman had opened 55 such stores in Tulsa.

The United States suffered an economic crisis in 1929. Goldman was optimistic though, selling his supermarket to Skaggs-Safeway. The fund was then used to buy two near-bankrupt stores, Humpty-Dumpty and Piggly-Wiggly.

But the economic situation improved that Goldman's optimism was a fault. His store began to stall, and it was the first that he felt the fear of closure. Just when he thought it was all over, he saw a folding chair. 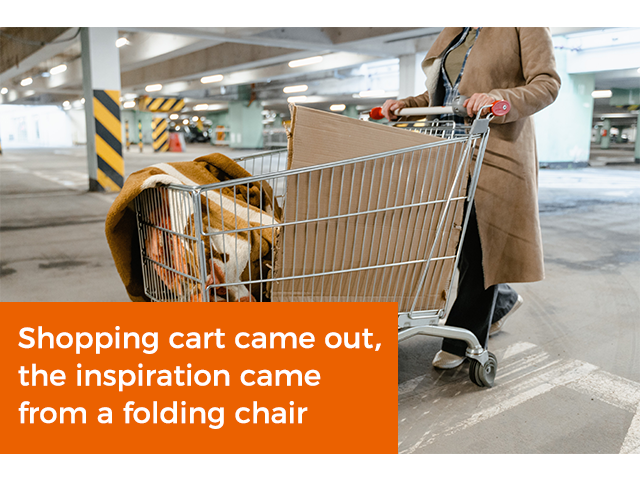 2, Shopping cart came out, the inspiration came from a folding chair

By the late 1930s, a major change had taken place: Freon was developed in 1930, and since then the freezer has spread widely. By the end of the 1930s, more than half of American households had used refrigerators.

Hence, the customers could buy more goods at once.

So, a problem had arisen: at that time, the self-service supermarket only offered a wire basket.

'If we could let housewives to shop with two baskets and free up one hand to pick goods, our business would be better, ' Mr. Goldman recalled in 1970.

Goldman realized the problem, to sell more goods, he had to find ways to make customers less effort-slicing.

The solution was this: When the clerk found that a customer's basket was full, he would help to take the basket to the cash register and give them an empty basket. As it turns out, this approach is a bit too complicated.

Just as Goldman was confused, he saw a folding chair in his office at one night, and he seemed to feel that a bright future was waving to him. Goldman jumped up excitedly.

He grabbed a few folding chairs, jumped on his desk, and put the basket on the chair, and Goldman was so excited. He didn't sleep, and in the next morning, he asked a repairman for help, they added four wheels to the folding chair.

The shopping cart came out.

Goldman also made several upgrades to the shopping cart. The can be taken down when was not in use. The folding carts can be nested to save the space.

Goldman was so excited that the customer's purchasing power suddenly tripled, and it’s more convenient for customers. The housewives no longer had to take heavy goods in hands when shopped.